Leadership theories in sociology and social psychology argue that that effective leaders influence follower behavior not only through the design of incentives and institutions, but also through personal abilities to persuade and motivate. Although charismatic leadership has received considerable attention in the management literature, existing research has not yet established causal evidence for an effect of leader charisma on follower performance in incentivized and economically relevant situations. We report evidence from a field experiment that examines whether charisma—in the form of a stylistically different motivational speech—can induce costly effort among workers, and therefore generate higher output for a firm. We find that workers who are given a charismatic speech increase their output on average by about 17% relative to the workers who listen to the standard speech. This effect is statistically significant and comparable in size to the positive effect of high-powered financial incentives. We then investigate the effect of charisma in a series of laboratory experiments in which subjects are exposed to motivational speeches before playing a repeated public goods game. Our results reveal that a higher number of charismatic elements in the speech can increase contributions by up to 19%. However, our data also reveal that the size of the charisma effect importantly depends on the social context in which the speech is delivered. Paper going into review soon. 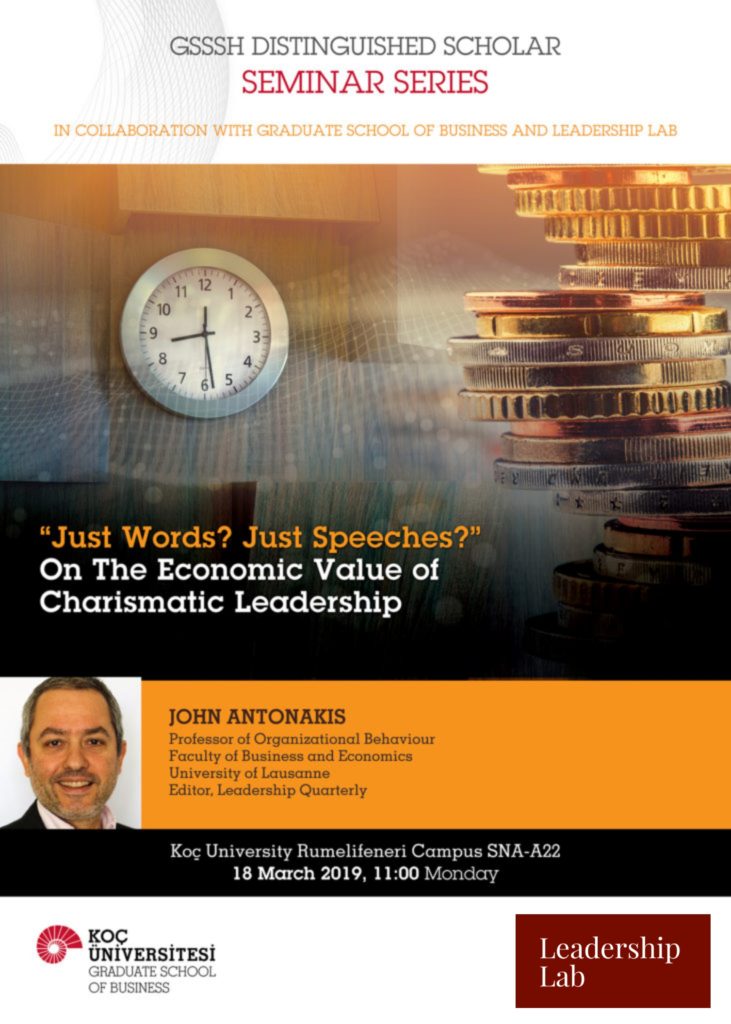